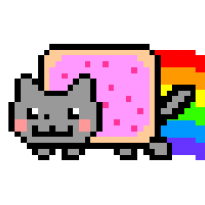 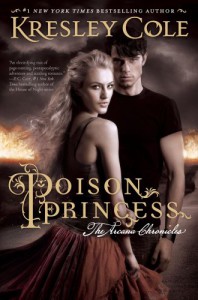 Bravo Kresley Cole! I am having a fangirl freakout! I am talking favorites shelf worthy!

I start a lot of books at one time. I thought this would be another one of the many that gets tossed to the side. Nope. This series has been at the forefront of my attention for the past week. I was in the mood for an apocalyptic story and I got so much more! This series is something special...it truly is. I read all 3 books back to back and I need more now! If you ever read this book do it blindly. That's what I did and it was such a surprise! The only thing I knew was:


~The MC (Evangeline) was having crazy apocalyptic visions.
~Evangeline had powers akin to Poison Ivy.
~And there was an apocalyptic event destined to happen.


That's it. That's all I knew and I'm so glad I didn't know any more. It's hard to explain why I love this series. My brain goes from fully functional to zombie when I love something too much. Instead of turning into an idiot and typing, “I luvvvv it, it’s muh favorite” over and over, I will try my best to explain my obsession…..

The characters. I just loved them SO MUCH! They were multidimensional and interesting. They had their flaws and grew even more interesting as the story unfolded. And even the secondary characters were great! I miss them already.

Suspense and mystery! You never knew what was going to happen next. The journey that the MCs went on kept me on the edge of my seat. The foreshadowing was absolutely fantastic.

So much danger! The characters were in danger 99% of the time. This author knows how to keep her characters in trouble. I love it!

A MC on a mission. She didn’t turn into a braindead zombie over a guy. She had a mission and it would be hell over high water to stop it.


Okay...well I tried and I honestly can't write a review that will do this series justice. It's impossible.

I actually had this long detailed review written that accidentally got deleted. So, I guess this will have to do for now. Oh, and I have the biggest book hangover from finishing this series. I hope I can find another series to replace his one.